The irrationality triggered by Trump’s election revealed the political class to be dumber, more corrupt and more desperate than previously imagined. The myth of government as a fair referee or dutiful representative of the people has been forever destroyed. Government corruption (and desperation) is on display for all to see.

Anyone who still believes that elected representatives care about  you and your fellow citizens is delusional! The concept of you, as a principal, electing agents to act on your behalf and in your interests is no longer credible. The elected agents consider themselves the principals and guide and run the ship according to their wishes (using your money)!

You are needed only for your vote and money. Otherwise you are a nuisance! Your role is to vote and be plundered! Your need in voting is decreasing as vote creation and manipulation increases. Never fear though, your contribution as financial rape victim is irreplaceable and increasing!

The two political parties battle like street gangs over territory and spoils. Citizens are innocent bystanders caught in this crossfire for control and power. Administrative agencies (the FBI, Justice Department, CIA, etc.) influence election outcomes. Their loyalties to justice, the rule of law and the Constitution have become secondary to their new roles. Power is the name of the game and integrity is its enemy.

Whether the politicians are soldiers of the Deep State or whether they control the Deep State is irrelevant. Your vote doesn’t count! You are merely a serf to an undemocratic Mafia.

This post appeared on the Burning Platform. It touches on some of the conditions that currently exist in our inverted system of governance and control:

“The powerful are panicking, and so they should. Their secrets are leaking.” —Miranda Devine, The New York Post 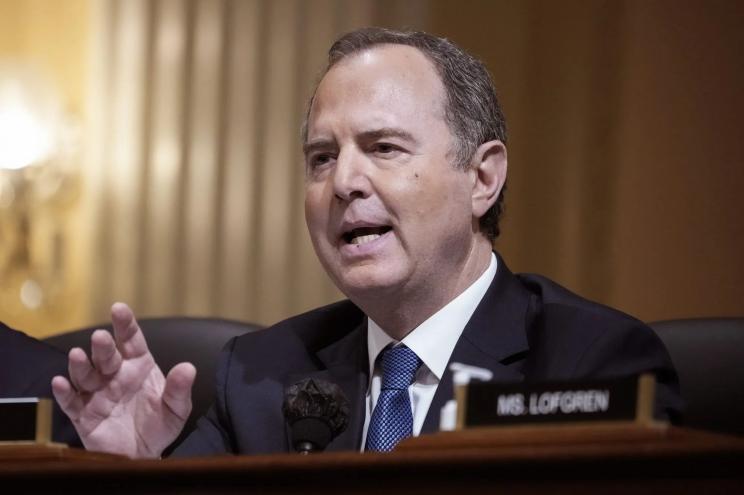 As the Yule log burns down, and the trivialities of the season melt into air, the nation might ask itself how the authorities who run things went to war against the citizens of this land. I will tell you and it will probably make you angry: It started when the women of the professional and managerial class watched their avatar, Hillary Clinton, lose the 2020 election against a man who seemed the quintessence of everything they hated about Daddydom.

Donald Trump, flawed to perfection, wrecked the chance of the amalgamated successful women of America to run the national household. Out came the pussy-hats, the Wiccans, and the celebrities threatening to “blow up the White House.” Out came a savage animus against men generally, and a campaign to feminize them in retaliation — and then punish them for objecting to it. Up rose a social movement, Wokery, that had the earmarks of a histrionic religious mania, with Satanic overtones. Up rose the demons, the Antifa louts, the BLM arsonists, the drag queens.

Thus unrolled a national psychodrama that continues to spool out as every system, every business, every institution in our country wobbles and flies apart now. The men embedded in the professional and managerial class tried in 2016 to chivalrously protect their womens’ avatar and her steadfast followers and, failing ignobly that grim November day, then turned to actually attack their adversary, Donald Trump, with the explicit intent to destroy him by all means necessary. In the years-long process, they devolved into criminality, and in so doing they entered a vicious cycle of lying about everything they did to escape the consequences of their ostensible exercise in gallantry.

In effect, the people running things went from a war against a particular person to a war against reality and its twin sister, truth. Now they are deeply invested in unreality and untruth to the point where they have forgotten how this whole thing started and all they can do is desperately patch the dike they had to construct against a deluge of information composed of truth and reality coming at them like a tsunami rolling across the sea. The harder they work at this futile task of defense, the more absurd they make themselves, leading to ridicule, humiliation, and, finally condemnation in whatever remains of the legal arena, where their deeds will finally be judged.

The first stage of that outcome for them is pretending that none of it is happening. That’s why The New York Times and Washington Post ignore the news that the gallant knights of the FBI and several other tentacles of the Intel octopus mounted a ferocious, long-running psy-op through the new phenomenon of social media — that happened to rise in importance through this whole period of national discord. In effect, the intel agencies seized the transmitters (as Fidel Castro might put it) and used them very effectively to control their hallowed narratives.

The second stage is deploying a ruse to distract the public’s attention: That’s why CNN allowed Rep. Adam Schiff (D-CA), the most accomplished liar in all of American politics, to set the stage on Sunday for this week’s criminal referrals against Mr. Trump to be issued out of the House Special J-6 Committee he sits on. That will give America something else to talk about than how they’ve been gaslit and deceived for years. If The Party of Chaos can only bring back The Insurrection to the spotlight, they will feel safe for a little while during the Christmas holiday — because shortly after the new year, there will be a different crew running the J-6 committee and, for the first time in a couple of years, they will be looking into neglected matters such as the FBI’s actual role in that event, and Nancy Pelosi’s failure to honor the then-president’s request for national troops to protect the Capitol building.

Between then and now, we must expect to see the release of Elon Musk’s Twitter files regarding the interactions between federal public health officials and the social network during the years of Covid-19. You understand that these officials, including Dr. Anthony Fauci, CDC chief Dr. Rochelle Walensky, US Surgeon General Vivek Murthy, and many others, lied about absolutely everything concerning the pandemic and continue lying to this moment about the putative remedy for it: mRNA vaccines, which happen to be killing a lot of people these days. That will be very serious business. Soon will come congressional inquiries, subpoenas, compelled testimony, and perhaps even criminal referrals.

Of course, the professional and managerial class also happens to be the most stalwart group of vaccine champions in the land and thus the most psychologically invested in thinking they did the right thing taking all those shots — while forcing as many others to submt, whether they consented or not. The psychology of previous investment is a prime generator of self-delusion. It looks like that class of people will be proven incorrect the hard way. It turns out, after all, that the mRNA “vaccines” were very effective at being deadly. The excess mortality has already kicked in. It’s 18 percent above normal, for instance, in Australia right now, because they’re keeping track. Our officials don’t want to keep track. They don’t want to know, and they certainly don’t want you to know. This is what you get when you make war against truth and reality.

Another market week, with little change, is reflected in the following table: WEEK OF 01/20/23…

Unfair to the Mafia

I frequently compare the government to the Mafia. This comparison is admittedly unfair; it is…

More »Unfair to the Mafia

US is Past Its Prime

More »US is Past Its Prime