Religiosity of the Left

The Right in this country is routinely criticized and mocked because of its dependence on religion. But the religiosity of the left is worse, far worse.

President Obama revealed the Left’s views on religion (and contempt for Middle America) when he said:

… it’s not surprising then they get bitter, they cling to guns or religion …

Religiosity of the Right

To the extent that there is a religiosity of the right, it is based on conventional religion that has thousands of years of history.

Conventional religion depends on faith. Science cannot prove or disprove its claims. From a scientific standpoint it is just as unreasonable to be a theist as it is an atheist. The scientific mind, operating within its boundaries, can only be agnostic.

That is the reason why Faith is used to describe religion. Proof, at least in the true scientific sense, is unavailable for either believers or non-believers.

Religiosity of the Left

Human beings need support. Religion, for many, provides that support.

Nevertheless, the religiosity of the Left is more intense than that of the Right.

Tom Luongo observes that all people

…  need religion of some form or another to bring meaning to their lives and guide their behavior.

So if they reject Christianity, for example, they will seek out a new thing to elevate and substitute for it.

The problem with the religiosity of the Left is that their non-traditional religious beliefs can be evaluated by science. When science denies something, rational people accept science.

Unfortunately, much of the religiosity of the Left is in scientific areas where science provides answers.

If your God is government, then every issue is seen to have a government solution. Unfortunately, hard science and behavioral science routinely contradict these “religious” beliefs. Here are two examples:

Science cannot falsify traditional religion but it can falsify much of the religion of the Left. It is embarrassing to use faith where science can adjudicate. Even those agnostic about traditional religions would agree. The Left insults itself and its followers when it uses faith to justify policy which science has shown faulty.

Tom Luongo offers a fascinating article regarding what is ahead for the religiosity of the Left (non-traditional religions):

When Bubbles Burst – Tesla, The Everything Cycle, & The End Of Global Warming

As the center of the U.S. freezes this weekend, Elon Musk is trying to figure out how to save Tesla from going the way of Enron.

In the case of Tesla, the mania surrounding it over the past decade has been inextricably bound up with the hysteria of global warming.

For years investors ignored the obvious warning signs that Tesla would never be able to graduate from a boutique, hand-built car manufacturer and technology skunk works to a mass producer.

I’ve been very hard on Musk in the past, with good reason. But, as a guy with vision I applaud him getting Tesla off the ground and legitimizing the idea of the upscale electric car.

But it was never going to work as a mass production scheme because Musk isn’t that guy. He’s a dreamer and a schemer, not a builder. And, as I’ve said multiple times, he should have stepped down as CEO of Tesla ages ago.

A man has got to know his limitations as The Man once said.

And this goes for the Global Warming crowd as well. There’s is a religion based around basic human hubris — that we are far more impactful on the world than we actually are and our activities need to be reined in.

This comes from worshiping the environment as a substitute for traditional religions. Marx preached organized religion is the ‘opiate of the masses’ but people need religion of some form or another to bring meaning to their lives and guide their behavior.

So if they reject Christianity, for example, they will seek out a new thing to elevate and substitute for it. I would argue that Star Wars provided that for me as a teenager and later Heisenberg’s Uncertainty Principle.

We all need a religion.

The environment is definitely one of these substitute religions. In fact, modern environmentalism has all the trappings of a classic human religion.

We have our Satan, consumerism. It is the bastard child of capitalism since this version of environment-worship is rooted in Marxism.

We have the apocalypse story, Global Warming. We will literally destroy all life on the planet turning it into Venus. It’s the rapture for Gaia worshipers.

And we have the High Priest of Technocracy who will save us from ourselves, Elon Musk. He will put a solar panel on every roof, take us to Mars while we drive around, guilt-free in our luxury Teslas.

The problem with all of it, of course, is that it was all bought with debt and government largesse, itself a consumerist fantasy created out of the opulence that capitalism provided.

And while there are plenty of reasons why electric cars can make sense, less carbon dioxide isn’t one of them. But, that’s where the billions in grants and Wall Street funny money came from.

Tesla is witches’ brew consisting of equal parts the Fed’s insane zero-bound interest rates, the elevation of global warming to religious significance by the left and cynical Wall Street profiteering.

The Fed provided the money, the government gave out the subsidies to entice the Wall Streeters and global warming provided the upscaling demand as Generation Prius gave way to the siren’s call of Musk’s consumerism.

In essence, we live in a period of history so wealthy relative to our basic survival needs we can indulge the ravings of mad Marxists at levels of taxation and wealth redistribution which are far greater than any previous economic cycle.

Why this occurred, in my view, is confluence of three things:

There’s no doubt that this period has been messy and our institutions and cultural identities are having a hard time adjusting.

The environmentalists certainly have a point about pollution and consumerism.

But only up to a point.

And if they would confine their activities to getting polluters to pay their ‘externalities,’ limiting governments’ protection of them and educating people about being less wasteful then I would have zero problems with them.

In fact, I applaud their efforts. What they fail to understand, willfully I believe, is that the efficiency enforced by the laws of economics on producers drives waste and pollution down over time.

But their religious fervor cannot allow them to see that and allow nature, as it were, to take its course. And there’s is a religion based on the unquenchable envy of Marxism.

My substitute religion however, doesn’t tell me to expropriate 10% of world GDP to ensure I get another Star Wars movie to add to my gospel either.

But you do see that from the Global Warming extremists. And the sad part is that the same Wall St. profiteers who sold them Tesla are also selling them carbon credits, solar panels and electric luxury cars.

The very people who they rail against, Wall St. are the ones handing them the money to indulge their power fantasies about saving the world.

You can can your environmentalist cake and eat it too, Greenies.

And it would all be great if it weren’t all a complete lie. Global warming is a bubble bursting just like Tesla is because both are stories built on a foundation of debt and consumption, not privation and thrift.

The climate cycle is changing in front of our eyes. The sun is shutting down and will likely remain so for at lest another ten years, possibly far longer.

The climate is only just now catching up to this fact. And we are woefully unprepared for this fact as Alexandria Ocasio-Cortez goes full Marxist retard touting a Green New Deal. 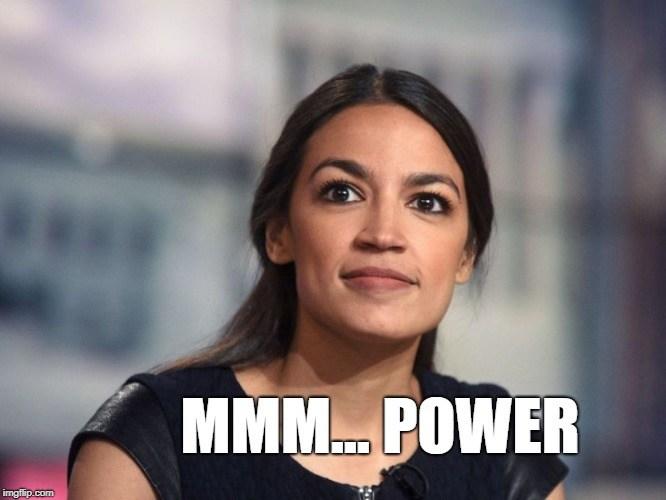 We are in a transition state from warming to cooling. Weather is getting violent. The upper atmosphere is cooling off so quickly even the religious nuts at NASA have had to admit it publicly.

And yet, people cling to their religions because they have to. Just like they cling to Marxism that forms its foundations despite its truly horrific record of human abuse.

As Musk and Tesla fall from grace we’ll see the scales lift from many true believers’ eyes.Because nothing wakes people up faster than seeing their future gutted as their brokerage account plunges towards zero.

At that point even this cycle will turn. Expectations will be tempered and people will finally become open to truly sustainable solutions we all actually want.

The FTX debacle, starring Sam Bankman-Fried and a cast of other little people, has an enormous significance beyond its “Madoff” aspects. His role as wunderkind…

The Impact of Keynesian Economics

More »The Impact of Keynesian Economics